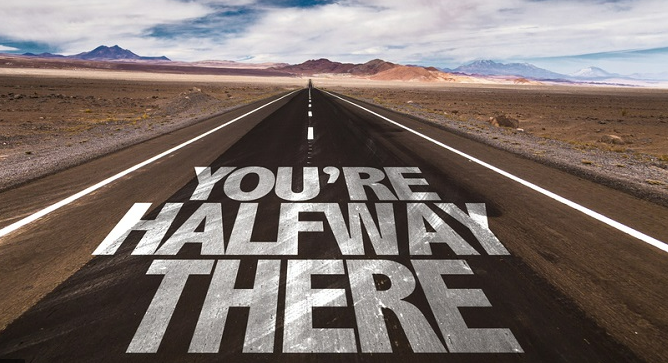 The markets continue to move higher and set all-time highs. Worth noting that most of the year-to-date gains were recognized in Q1, but stocks continue to trend higher. Although we are setting all-time highs, this growth is being spurred by a select few. According to LPL Financial, when the S&P 500 hit a record high on June 24, it was the first time since December 1999 that a record high occurred with less than half of the stocks in the S&P closing above their 50-day moving averages. This continues to show that the big tech names can drive the index. But its far healthier when more companies are trending higher with the index, not just a select few. One other note, the S&P 500 is up more than 90% from the March 23, 2020 lows. Further strengthening the narrative that staying in the markets can be one of the best investing strategies for long-term investors.

The US unemployment rate continues to recover as the economy reopens and individuals get back to work. However, there continues to be massive labor shortages and companies are implementing some crazy incentives to get workers. The job openings number for April was at 9.3 million, which was a record high since the series began in December 2000. This labor shortage can be attributed to many things. Some argue the extra unemployment benefits are keeping people home, others attribute the issue to parents dealing with the lack of childcare options and others simply realized they hated their jobs during the pandemic. Whatever the reason may be, businesses are looking to get back to normal, but might not be able to find the required number of workers to get them there. Something worth watching.

Retail mellows out, but still strong:

Retail sales dipped slightly during the quarter, falling 1.3% in the month of May, but remains strong. Consumers have shifted their spending to services, especially travel, hospitality, and entertainment. How crazy is the demand for entertainment? Garth Brooks sold 56k+ tickets in 75 minutes and Travis Scott’s Astroworld Festival sold 100k tickets in about 30 minutes. With unemployment benefits ending, we could see a continued downward trend, but this could be offset with the increased hiring incentives (like hiring bonuses and higher wages). Another story worth watching in Q3, this back-to-school spending season could be massive, with the hopes that kids can safely return to school in the Fall.

Personal savings rate took a bit of a dip in Q2 as consumers went out and start spending. Also, the decline can be attributed to some states getting rid of unemployment benefits and the “stimmy” checks stopped hitting people’s bank accounts. Although there was one benefit for homeowners during Q1 2021. Due to the hot real estate market, homeowners with mortgages saw their equity jump 20%, with an average gain of $33,400 per borrower.

Inflation continues to be a topic of discussion as the FED finally announced in June that they plan on increasing interest rates in 2023. When you hear that the FED may become “hawkish”, this means that they will ultimately raise rates to combat inflation. During the month of May, consumer price index (CPI) rose 5% year over year. There is an argument to see if the CPI ratings are truly the best way to measure inflation, but the price increases are being felt in almost all industries. Commodities are up, home prices are up, energy/gas prices are up, and shipping costs went way up. We could finally be seeing the supply catch up with the demand, as lumber prices plunged 40% in June, the biggest monthly drop on record.

The number of SPAC IPO’s remains popular through the first half of FY 2021: 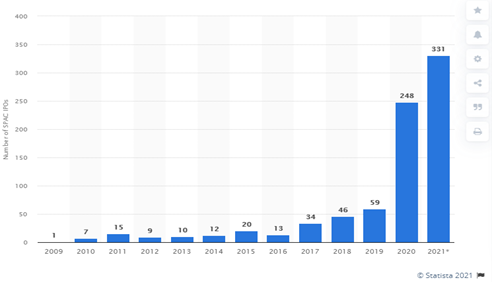 However, they do seem to be losing their luster. On average, the companies that went public via a SPAC are down an average of 39%. Warren Buffet doesn’t seem to be a fan either. At this annual news conference earlier in the quarter he went on to say, ““It’s a killer,” Buffett said about the influence of special purpose acquisition companies on Berkshire’s ability to find businesses to buy. “That won’t go on forever, but it’s where the money is now and Wall Street goes where the money is.” Even Chamath Palihapitiya, considered the “SPAC King”, called for more regulation on these investment vehicles.

Conclusion: With all three of the indices up over 10% respectively, it’s hard to imagine a second half of the year with monstrous gains. However, according to LPL Financial, when the S&P 500 is up over 12.5% YTD at the end of June, historically, the next 6-months are up a median of 9.7%. We will continue to monitor the spread of the COVID variants and supply chain logistics. But if all goes well, the economy can continue to recover, and the markets could flourish.

Disclosure: This material is for general information only and is not intended to provide specific advice or recommendations for any individual.

All performance referenced is historical and is no guarantee of future results. All indices are unmanaged and may not be invested into directly.